2022 WM Phoenix Open was a coming-out party for Scottie Scheffler. Undoubtedly, a win for Scottie here at TPC Scottsdale was going to happen soon and I believe one of many to come. This is a golfer with a complete game. Think about how he won this?

NFT Golf Tour was in a skybox on 16 when Scheffler, in the last group came in 2 back of Theegala and Cantlay. I put my bet down, as is customary for the closest to the hole, on Scheffler. Cantlay pulled his tee shot and it ran off the green to the left and a chorus of boos. Scheffler stepped up and pinned the green about mid-deep and the ball ran out towards the hole. Thinking that my money was safe Theegala stepped up and got inside of Scottie by 8 feet. Still not convinced that the rookie could pull it off, Cantlay got up and down for his par and Scheffler drained his birdie, on a similar line to Theegala who even with a read, missed his putt. Now only 1 back we left 16, drinks in hands, and followed them down 17 with the masses. Scheffler and Cantlay hit shot 10 yards short of the green and safe. Theegala pulled a club that found him the water and a bogey 5. Scheffler again birdied to tie the lead. 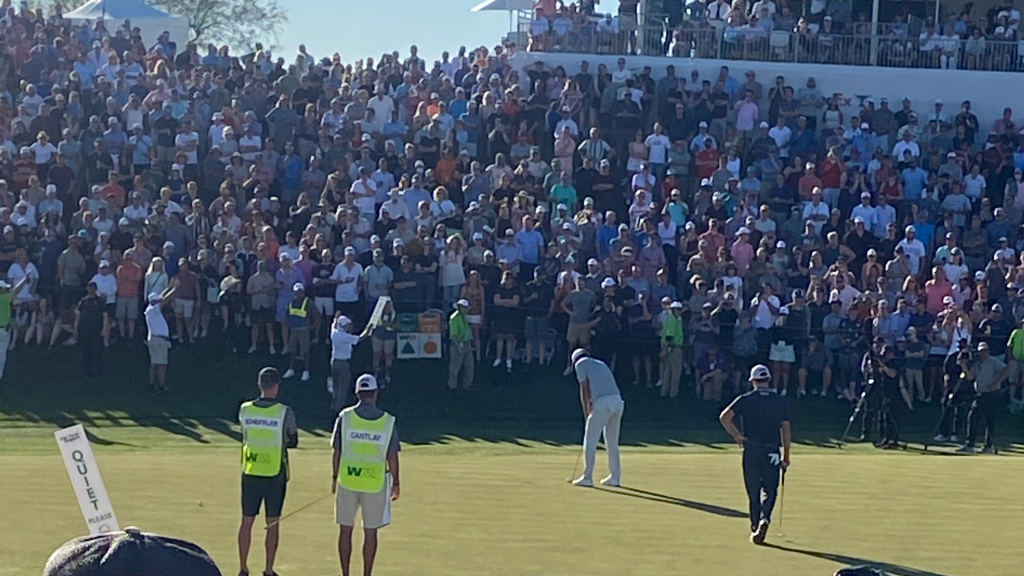 On 18 he hit a monster drive but could not convert and Cantlay and he moved to a playoff. 3 Playoff holes later and Scheffler had his first win. He doesn’t give up, he keeps fighting and this positive shot of confidence has him lined up to win again soon.

Yes, we are looking to throw parties at all major golf events, that will be part of our future and NFT Golf Tour winners will have the opportunity to join us at these bucket list events. Thank you to all our Player Card Members, we look forward to a great fun season playing in the Metaverse and enjoying this great sport alongside the partygoers on the PGA and golf tours around the world.

No comments to show.